If you’ve met me, just like everyone else does, you wouldn’t expect me to be dealing with a mental illness, especially of this severity. I’m in my final year of university, expected to graduate with a 2:1 (Inshallah), VP of a society and always up for hanging out with my friends or getting involved in extracurricular activities. When people discover that I have depression, and that I’m on strong medication to help me with it, they act shocked, almost as though they think it’s not as bad as I’m making it out to be.

It is a daily struggle, from waking up each morning to completing my university tasks as well as my basic duties as a Muslim, all the while dealing with sporadic suicidal thoughts. And that’s the reason I want this series of posts to be able to reach out to those who are going through the same or similar things. For those who have been told their mental health is caused of lack of imaan (faith), or that it is taboo to talk about it.

Depression, anxiety and all other mental health issues are real illnesses, ones that need to be dealt with appropriately, and ones that require support which we, in Muslim communities, have not really acknowledged. Sometimes, people don’t understand why we’re finding it hard to pray, or fast, or read Qu’ran. I want this blog to help myself and you, not only to deal with your mental health, and for you to know that you’re not alone, but to increase our faith in Allah slowly, so that step by step we can build ourselves back up. Inshallah.

Whilst depression symptoms can vary from person to person (I, for example have depression and anxiety, so I won’t have the exact symptoms as someone with only depression or only anxiety), there is lots of misunderstanding surrounding depression. I hope to clear that up from my own experience.

1. There is often no direct cause. Whilst someone can have many triggers, for example, with anxiety it can often be triggered by loud noises or being around too many people, there isn’t one thing that causes it all. It’s often not one thing that can be the reason for depression, but a series of things that build up over time. For me, symptoms of depression and anxiety have been building up over a few years, and it was only 6 months ago (when I went through a week of not being able to eat or sleep) that I chose to get help.
2. Depression and Sadness are not the same thing. “That’s so depressing”, “That’s made me so depressed”. We’re all guilty of using these expressions wrongly – I know I am, but depression is so much more than one thing making you sad. Depression is not a mood that you can simply “snap out of”, it comprises of good days and bad days, some days you might feel totally fine, other days you might not want to leave the house, but these last over long periods of time.

4. Depression isn’t a weakness of imaan. Depression can stop someone from fulfilling basic Islamic duties, but this isn’t because a person doesn’t have faith or because there is something wrong with their imaan, it’s because maybe they are finding it hard enough to wake up in the morning, or just keep themselves alive. Maybe they don’t want to pray because they feel so guilty that they’ve let their illness get the better of them, even though it is not their own fault. Depression is an illness like any other, and it needs to be seen as such from the Muslim community.

The best description of depression I have seen comes from a Reddit post which said: “Depression, when it is present, is more like the force of gravity. It is there, pulling down on you under all circumstances. Though I’m depressed I am often very happy – but still there is the unfeeling wet blanket of muddled confusion and writhing frustration seething under it all. Waiting.
A creeping numbness that insidiously degrades and diminishes every aspect of conscious life. A storm of screaming and hatred in dreams. A dull apathy in waking. A sinking stomach in the face of joy and a faithless lassitude in the face of hope.
Depression isn’t an emotion. Depression is a contradiction to every worthy aspect of life.”

I hope this post helps give people a better understanding of what depression is and what it isn’t.

About the author: Jamilla recently graduated with a degree in Arabic and Middle Eastern Studies and is VP of the Islamic Society at the University of Exeter. Follow her on Twitter @JamillaTweets. 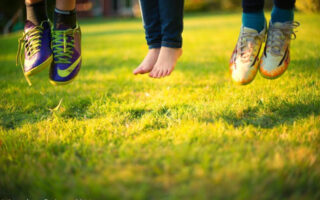 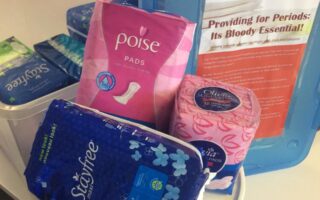 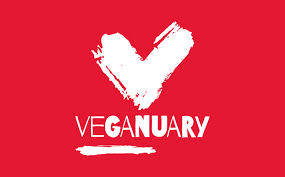