Skip to Content
Home / Gender based violence / He said, she said: why are the Nouman Ali Khan allegations of impropriety, so difficult to believe?

“I will never engage in victim blaming.”

My heart feels so heavy at the news of the Nouman Ali Khan scandal. It leaves me disappointed, angry, but not surprised or shocked. We live in a patriarchal world, and the status quo supports the oppression and misuse of women, so it comes as no surprise that a man in a position of considerable amount of power (fame, money, influence) has been accused of inappropriate behaviour. I have such a low level of trust of men (especially men of religion) that I am not shocked nor do I want to jump to blindly defending Khan nor is it something that seems far-fetched or impossible, is a testament to my lived experience as a woman and the saddest part of this ordeal.

I should be livid, but ironically I’m not; as I’ve come to expect very little of men in our society.

My stance on this on this scandal is that:

I pray that Allah protect us all. There is a lot we need to do as a community. This is a difficult conversation to have, but a conversation that is a MUST. We are supposed to be the best of examples, and to follow the footsteps of the best of Creations, Muhammed (SAW).

In order to do that, we need to be balanced in our approach especially when searching for the truth. Let us weigh what has been presented without making judgements either way. Let’s demand the leaders to be more transparent, and forthcoming than they have.  The evidence needs to be presented without the need for exposure of the victims. If this is a matter that cannot be dealt within the confines of our community, we must follow the process of law of the country.

“We also need to learn and understand abuse, grooming, harassment and how power dynamics play a role in that as a community.”

The leaders have a public responsibility to squash these rumours and be clear in their allegations. Khan, has every right to defend himself and to offer his narrative. But, we as a community also need to learn that if this can be an elaborate plan to trap/defame Khan, that it is an equal probability (if not more) that the allegations against him are true and that there are victims. We need to afford that same level of opportunity to speak their side of the story to those he allegedly has wronged. We also need to learn and understand abuse, grooming, harassment and how power dynamics play a role in that as a community. We need to actively engage in learning, and teaching this cycle, if we want to protect and safeguard those who are vulnerable in our society before perpetuating the cycle of abuse through blind following. The biggest lesson from this scandal is that we must not place any human being on a pedestal nor should we idolise them to the point where we assume no fault on their part. Idol worship comes in many forms, and this falls under that category. The word of Allah is true and perfect, but the vessel through which it is delivered can be imperfect and be full of flaws. This is a reality we must thoroughly accept.

Most of all, in our defence for Nouman Ali Khan, let us not engage in victim blaming and shaming. How we behave tells other victims (of physical, sexual, mental and emotional violence), that it is better to stay silent if ever abused. Through our actions, we also signal that we side with oppressors and abusers. This would be the biggest irony given that it is the month of Muharram-a month that commemorates the greatest injustice of our Islamic history. We have a choice to make, are we with the oppressor or will we be a voice for those who are wronged in our society and I choose to be the latter.

Maheen Nusrat is a Pakistani born Canadian currently residing in the UK. She has also lived in Bahrain and in New York. She has a degree in Communications. Her portfolio includes working in politics, print and broadcast media, life sciences and the public sector. Maheen is the co-founder of Uplift Connections-a platform for women from all faiths and ethnicity to come together, and to help them succeed in business. Follow them @Uplift_connect.  Maheen has a real passion for social justice, equality and believes that our talents are meant to be shared with the world. Follow her @fireyfury1 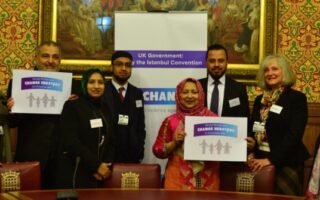 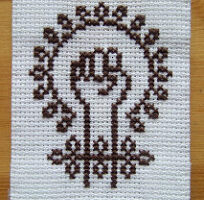 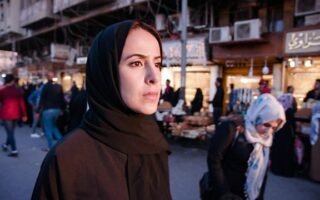