As a female revert to Islam, the first thing people always ask me is why? Why did I give up being able to wear my hair the way I used to? Why did I give up mini skirts and short sleeves? And the simple answer is, it didn’t make me happy.

This is a sentiment shared not just by myself but other Muslim sisters I have met along the way. The topic of Islam and women is a convoluted and complicated one, or at least that’s how we’ve make it. People always assume there’s some profound reason as to why you’d turn your back on twerking like Miley Cyrus or dressing like a “female boss” Beyonce-style. But, put plain and simple, as a woman in the society we see around us now, I just got sick and tired of always trying to conform.

With this in mind, we can understand why so many women are flocking to Islam in their droves. It should be no surprise to the world that the religion that put an end to burying young baby girls in the desert, gave women the right to own property, marry whom they wish and make a living for themselves, is the very same that is so appealing to the ‘modern’ female.

This is the premise of Islam but we all know it can still be difficult. Dealing with the expectations of others is not something that disappears when you become Muslim however, you learn to block it out as you know the only being you must please first and foremost is Allah. And, unlike society, He is the Most Merciful.

According to statistics, in 2011 quoted by the Telegraph, in the past 10 years three quarters of those who become Muslim are female, which just goes to show Islam has more to offer women than any other religion. The patriarchal idea that when you revert to Islam, you’re automatically allocated an oppressive husband, ordered to have 6 children and chained to the kitchen cooker until your dying days is dying and I say good riddance to it!

New Muslim women are breaking taboos, continuing to be active in their communities and fulfilling their obligations just as the Sahabiyat (female companions of the Prophet peace be upon him) did. Female Muslim reverts are finding that they can find peace, solace and happiness in helping their local community, using their existing talents to teach others and represent the true face of Islam. This is where I found true happiness.

Every month, I see or hear of another sister who has taken her shahadah (proclaimed the testimony of faith to become a Muslim) and embraced Islam. To those still young in their journey, I convey my salaams wholeheartedly.

I say throw away the ideas of what the world wants you to be and become what Allah has created you to be. Look at the great examples that have been left for us such as Khadijah, Aisha, Fatima, Rabia al Basri and many more, may the peace of Allah be upon them all. Allah gave us the blueprints, now let’s get to work!

2 thoughts on “Female Muslim Reverts, Hope for A Minority in a Minority?”

Leave a Reply to Carol Loves to Travel Cancel reply 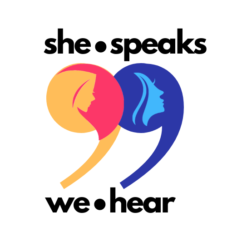