10 years. A decade has passed since four men travelled to London and blew themselves up killing 52 people and injuring many more. I remember it well, I was 16 and in the middle of my GCSE’s. I remember the confusion, the anger and the shock. Those feelings intensified when we learnt that the bombers were from Leeds, next door to Bradford, where I was born and brought up. I remember thinking why? Why would you do this to your fellow citizens? What would drive you to end not only your own life but the lives of others in cold blood? Those questions remain unanswered ten years on.

Since then Terror has raged across our world, from  Al Qaeeda to Taliban, to Boko Haram, to IS. All in a sick battle to outdo each other in massacre and bloodshed. All apparently in the name of Islam. And because of this latter point, “normal” Muslims have come out time and time again denouncing their actions. Hashtags such as #NotInMyName  have dominated social media. I have lost count of the number of times I and others have said “these terrorists do not represent Islam, these are not the actions of Muslims.” I have lost count of the number of times I have buried my face in my hands in despair upon hearing news of another terror attack hopelessly praying it was not orchestrated by another ”Muslim.”

In the past ten years much has changed including the language used to define terrorists , who  have gone from being called home grown terror cells to Islamists, Radicals, Jihadi fighters, Jihadi brides and many more. Their actions are still as horrific and barbaric as they were a decade ago.

“…following the attacks on 7/7 my religious identity took centre stage. The term “British Muslim” was coined, questions were asked if the two were a juxtaposition. Could I be British and Muslim?”

That is not the only thing that has changed, when the attacks occurred in July 2005, I was conscious of my Pakistani heritage, I was attending an all girls private school of which the student population was predominately white. But before 7/7 my identity was just that. I was a British Asian, a term which sounds outdated now, but following the attacks on 7/7 my religious identity took centre stage. The term “British Muslim” was coined, questions were asked if the two were a juxtaposition. Could I be British and Muslim? I was constantly asked.  If only you knew the identity crisis that was raging through my mind.  During my early teens I had to juggle my Pakistani identity and that in itself was difficult, I was leading a double life as were many in my generation, at home we conformed to the social and cultural norms that were expected of us and with my friends I was free to be the individual I wanted to be. Don’t get me wrong, I cherish many of the Pakistani values I was raised with but I felt suffocated by others. Then I was asked what it meant to be a Muslim living in Britain, like I didn’t have enough on my plate already!

If I am going to be honest, it was these questions that encouraged me to learn about myself, to look at Islam and to see what the religion was actually about. Ashamedly I hadn’t done any of that before then, I hadn’t needed to. Nobody had asked me about the headscarf I wore on my head, or “why does Allah tell you lot to go around killing us”.  I remember entering sixth form a year later feeling empowered. I knew where I stood, I was comfortable with my identity and I knew that Terror had no place in Islam, a religion of mercy, compassion and peace.  At the time in my mind the men who carried out the attacks on 7/7 were severely misled, as a friend put it to me “some people do crazy things, these guys just used religion out of context as their motivation”.

We were young and naïve. How were we to know that 10 years on, many from our generation would be groomed and encouraged to leave the sanctuary of their homes to join a terrorist group determined to establish a so called Islamic State.

Over the past month I have spent a lot of time in Dewsbury and Bradford, speaking to people on the ground, the grassroot activists, those who knew the families and the boys who have since left for Syria and those who didn’t.

A part of me thinks that a significant push factor is identity; you see many of my generation recognise that their heritage is Pakistani/Somali/Arab/Bangladeshi. Many of us are second/third generation children of immigrants with strong ties to our parents birth countries. When we visit the “motherland” we do not belong because we speak the language funny, or we look and act differently to the natives. And here in the country in which we are born and raised many are seen as a threat. A friend recently told me he was sick of being viewed with suspicion; he was tired of having people ask him his views on IS. He told me “I effing hate IS more than they do for hijacking our religion and affecting my life and relationships”.

Is it plausible to suggest that if your identity is constantly under scrutiny, it makes it easy for you to become a victim to those who seek to prey on you for their own evil ends? Is it worth asking that if you are unemployed, living in a deprived area with little aspirations, constantly under attack for who you are with no one to guide you, that you could fall victim to the IS machine? It is worth asking what we should do when some parents do not speak English as a first language thus fail to even communicate with their children let alone detect signs of radicalisation?

It has to be said a lot of work is being done, community workers up and down the country are doing brilliant work mentoring young people and trying to prevent radicalisation. And we have to acknowledge and appreciate their work.  A lot of the time their hard work goes by unnoticed. But there is so much more to be done by all of us.

I write this because two days ago a relative came to my house to break his fast with me and my husband. It turned out he is a very good friend of a family member of one of the victims who died in the Tunisia attack. He mentioned it casually in his conversation that at first he was worried to go over to the house and offer his condolences. He asked us if it was too soon.  When I asked him to elaborate he replied “well they know me for me, but I worry if they will now see me as a Muslim”.

I couldn’t get what he had said out of my head. He had said it so matter of factly. Even though the family hadn’t said anything to him, in his mind he was aware of his identity. That night I looked at my children blissfully asleep worrying what their future holds for them. In that bleak moment it felt like the world had come round in a circle. I remembered the stories my parents used to tell me of enduring racism on the streets of Bradford when they first arrived in the UK, I used to think my generation would never have those problems, and over the past couple of weeks I have heard of the backlash Muslims and those that look like Muslims have faced. it appears the focus on racial prejudice has shifted to religious prejudice.

“it’s all about unity, if we stand together as humans, we can defeat terror”

Then a couple of days ago I travelled with a group of young people from different faiths on a peace journey to London from Leeds. They took the same journey the bombers from Leeds had ten years ago but they were replacing it with peace. It was a mixed group of different races and faiths and we travelled together. They paid respects at the 7/7 memorial and they heard from survivors of the attack. Before I left for my journey home after what was an emotionally and physically exhausting day, one young person turned to me and said “it’s all about unity, if we stand together as humans, we can defeat terror”.  I walked away feeling hopeful and inspired.

An abridged version of this piece was published in The Independent: ‘After the London bombings on July 7 I was dubbed a ‘British Muslim’ for the first time – suddenly my religious identity took centre stage’.

Sabbiyah Pervez, is a journalist and an advocate for social change, you can read more about her work at http://sabbiyah.co.uk and follow her on Twitter @sabbiyah 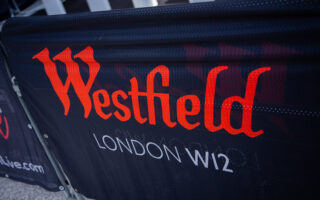 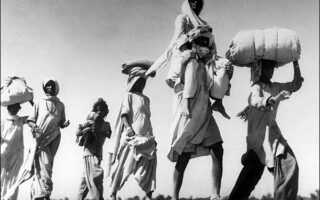 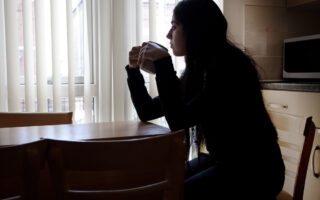