So I have been following the media intensity around the Great British Bake Off winner myself. For my personal Muslim friends on Facebook, it’s all “yay, a Hijabi won”. For the mass media, “congratulations, a Bangladeshi Muslim woman has won”. And now the backlash, the media scrutiny of the BBC, was it a political move. Was it a politically correct move? Move over: she won because she was the best baker, but does anyone even care? Did anyone even notice? Did anyone even notice that the other two contestants massively screwed up on the day? Nobody noticed at all. The headscarf masked that all.

Nadiya Hussain isn’t the only one. Yvonne Ridley is treated the same when she decided to cover up. Award winning journalist – well that was back then, before the head scarf came on. Now, you’re just a good obedient wifey. No? Really? You are still involved in journalism? Well it’s just your hobby then? The only women who are successful in their headscarf appearance are those who are politically involved, or post vlogs about the latest headscarf fashions. Those fighting for equality and human rights, or those shovelling it onto their faces. And even then they are not taken all that seriously in comparison to their non-veiled counterparts. And where do the rest of us “in-betweeners” sit?

Women already have it hard, and it’s hard for them to be taken seriously. Just today Theresa May had to defend her “like” for trendy clothes, and that it was ok to be a fashionista politician. But the headscarf makes it harder. You’re not even seen as a woman then; you’re only seen as a scarfy.

“Nobody cares if you’re great at your job, or doing something pivotal in your society. You are masked by the veil; the head covering that speaks louder than your actions.”

The point I wanted to desperately portray in this article is that all women who cover their heads are Nadiya Hussain. Nobody cares if you’re great at your job, or doing something pivotal in your society. You are masked by the veil; the head covering that speaks louder than your actions. And let’s not blame our “white society” for this. The “black” community are just as guilty. So the veil is more than that, it’s not just a head covering. It sends out a message loud and clear. I wear a headscarf. And for your society around you, whether it be white or black will always judge you by your headscarf, and it’s never going to be a positive empowering image they portray.

By the Undercover Feminist

Disclaimer: the opinions expressed in this article are solely those of the original author and do not necessarily reflect the views of the website. The copyright remains with the author, any reproduction of this post should accredit She Speaks We Hear.

Image courtesy of the BBC 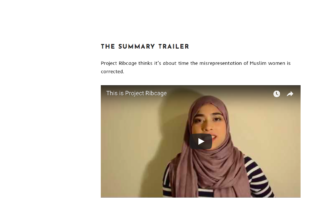 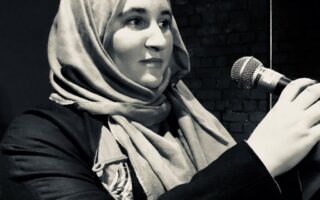 A Brief Summary To The Process Of Letting Go