We are extremely fortunate to platform a three part series focusing on ‘Women in the Refugee Crisis’ by Tazeen Ahmad the founder of  Humanity’s Heart , an organisation that was born following a volunteering trip by a small group of people to Calais (The Jungle) in June 2016. Travelling through Calais, Lebanon and Greece, Humanity’s Heart witnesses and shares the experiences of refugees, volunteers, spiritual leaders, politicians and local citizens in what is the biggest challenge the world has faced for over 60 years. The third and final part in the series reflects on how women create change and become problem solvers, through a series of short films.

Meet some of the extraordinary women helping solve the problems in the refugee crisis:

In Lebanon (one of the country’s that has hosted the largest number of Syrian refugees), the refugee situation has brought women together in the capacity of problem solvers to the crisis

Hala Fadel Chair of the MIT Enterprise Forum Pan Arab and pioneer of the Innovate for Refugee competition has led teams over the last 3 years to help come up with solutions to the two million and growing numbers of Syrian refugees entering into Lebanon.

“In my opinion women are at the forefront of impactful initiatives targeting the displaced community not only in Lebanon. Over 3 editions of “Innovate for Refugees” we’ve seen a constant 50% female participation, and 9 out of 12 social ventures that aim to alleviate the challenges faced by refugees that received funding from the program are female led.”

Today, MITEF team has 11 females out of a team of 14. On the technology solution side as well, the female participation in IFR in general is at 50% and 9 of our 12 winners are female-led.

The Innovate for Refugee competition demonstrates beautifully how women are taking charge of the solutions to their own problems, bringing forward a rush of creativity and entrepreneurialism.

Click the link to find out how a toilet can improve the lives of Refugees: https://humanitysheart.com/journal/2016/9/23/how-a-toilet-can-improve-the-lives-of-refugees

Another woman leading on the ground in the crisis is award-winning Jordanian-Canadian architect Abeer Seikaly. Facing the difficulty of finding basic shelter and a home to live in, she was inspired to come up with a solution to help transform the lives of refugees.

Named ‘Weaving a Home’, this design uses a unique structural fabric composed of high-strength plastic tubing molded into sine-wave curves that can expand and enclose during different weather conditions, and also be broken down to allow an ease in mobility and transport.

Aside from that, the tent can also collect rainwater and provide basic sanitation like showering, as the rainwater is collected from the top of the tent and and filters down the sides to storage pockets.

Leading On The Ground

And it’s the volunteers I met such as Lisa Cambell for Do-your Part whose organisation, co-ordination and service benefit thousands of people who found themselves in refugee camps in Greece.

Through treating each person with dignity, respect and humanity she leads by example, showing us how it should be done.

Her recent TedX Talk invites us to rethink our approach to this social issue proving that we care.

And it’s women like Lisa and other volunteers who are helping us rethink the meaning behind the word “refugee”.

Where some Muslim countries have not taken in many refugees, it’s Saudi Arabian volunteer women like Madina Olomi who are making a difference. Her translation skills helping refugees and ease some of their frustrations in communicating with their host communities.

These women weave the red thread of humanity drawing on their own past experiences and reminding us with “What if this was us? How would we like to be treated?”

For some of these women, they need to have courage as they risk being ostracised for turning up to help refugees.

Through turning up despite the worries and media perceptions, they are shining light on breaking down misconceptions when “meeting the other”.

Getting Education To The Future Generation

In Lebanon, women such as Suha Tutunji Acadamic Program Director for Jusoor Syria   realise the importance for Syrian children to keep up their education so that they are not a Lost Generation and especially for the refugee girls to receive their education.

The difference, women like Suha and Asma Rasamny  from Malaak-Fills-the-Gaps with her colleague Joyce Rizk are making cannot be underestimated.

Our film “Lost Generation” and Education film captures the importance of their work.

Last year Syrian refugee and cancer patient Hossamadeen died and shared with us his gratitude to women like Asma and Joyce.

May the dedication, compassion and love of the women turning up to help and their meeting of those women who have had to leave their homes due to wars and terror and yet demonstrate courage, nobility and resilience bring more Light into this world.

Tazeen is founder and producer of Humanity’s Heart. She is a daughter of a migrant, a British Citizen, a mother of two and a believer in the power of humanity. In June 2016, she traveled to Calais. The trip confirmed for her that we have far more in common than which divides us.

A British Muslim’s Message to Extremists 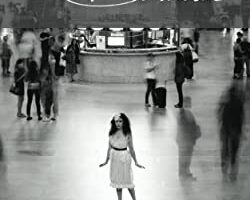