Skip to Content
Home / Editorial / We Need To Stop Being Mean Girls.

“She got that promotion? Ugh, how did she get it with the amount of slap on her face? “

“She’s going back to Uni? Surely she’s a bit past it now.”

“She should not be wearing those shorts, sorry but her legs just are not made for ripped denim.”

“She’s going out with HIM? She’s got the personality of a wet blanket.”

Do these statements sound familiar?

As in do they sound like the misogynistic comments that people write they heard men say in the workplace as well as the comments that women have been calling out in recent years?

But were they said by men?

All the above statements have been said by women, about women.

A common misconception about today’s brand of feminism is that all women have banded together to take on the patriarchy. But the sad truth is that we haven’t. Not yet anyways.

The irony of all this is that we regularly hear/see/read about how men who have made these comments and have been called out on their mistakes and engrained sexism, so why is it that we are still spontaneously combusting from within?

I believe a large part of this has do with how for generations and even now, we as women are still made to feel as if there isn’t a large enough platform for all of us to flourish career-wise, that there aren’t enough spaces for us. As a result, we have been raised to compete over everything; from makeup to marriage and we tear at each other mercilessly over the same aspects that we lambast men for even daring to criticise:

3. Personality aspects (too loud, too quiet, too ‘in your face’, too anything really)

Another reason I believe this takes place is because quite simply, we get envious from time to time and therefore we regress back into what the patriarchy have thrived on for so long: women fighting amongst women without realising the power and potential we have as a collective.

We’re only human and when we see other people around us doing well we want the same kind of recognition and reward. I’ve even had to check myself a few times in the past when I’ve seen other women around me absolutely smashing it at work or within the media. I’d find myself falling into that toxic trap of finding something to nit pick about that woman all the while secretly wishing I’d achieved the same thing she had in the same amount of time.

But that was me projecting my own insecurities on to this woman, that was MY problem….not hers.

Today, I now maintain the notion that we as women have enough to deal with from those still upholding backward and misogynistic views in the workplace without self-destructing from within the ranks.

So if a woman in your workplace/college/university circle does well, just keep these things in mind:

1. She probably worked damn hard for whatever reward she got

2. If she’s earned a leadership or management position, that’s AMAZING!! We need more women in higher roles which make a difference.

3. She wasn’t being “loud” or “rude” in that meeting, she was speaking honestly and firmly about issues that she believed

4. Her choice of clothing, makeup or hairstyle have no bearing on her abilities or intelligence.

5. Neither does whoever she’s dating or not dating.

Above all else she should know and feel confident that in a world where the fight for gender equality is more vocal than ever, the women around her aren’t looking to secretly stab her in the back.

Instead, we’ve got her back.

Raisa Shaikh currently works as a Secondary English Teacher in the UK but spent the first 16 years of her life in Hong Kong and Singapore. When she’s not teaching, she’s avidly reading or writing on her blog about her passions: intersectional feminism, world history and everything in between! She’s also a self-confessed “Shakespeare Nerd”. 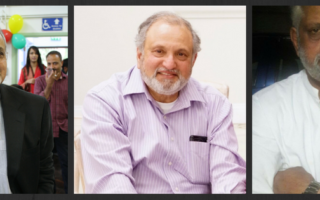 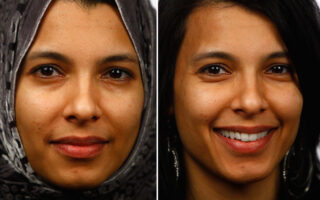 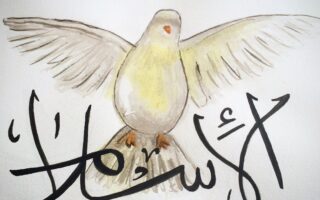