Skip to Content
Home / Editorial / The Top 7 Expectations On Young Muslim Women And How To Overcome Them.

For many Muslim women in the UK, we are expected to achieve a top 7 definitive ‘checklist’ where marriage and children have been the ultimate goalpost for generations. Thankfully, the walls have begun to crumble and we have seen many wonderful examples of fellow Muslim women who have worked hard not to attain the perfect rishta, but who have worked hard for their own development and growth.

Those in the public eye include Ibtihaj Muhammad, Ayisha Malik and Nadiya Hussain to name but a few. They have demonstrated that Muslim women everywhere are intellectual, free-thinking, creative, strong, funny as hell and can be anything from an Olympic fencer, to an author, to the undisputed queen of cake. And yes, we are also daughters, sisters, mothers and wives – in this day and age our identities can no longer be defined by a singular adjective or milestone.

While our own communities have certainly begun to see positive change and progress, I believe that we are still subject to what I call “The Checklist”, something which has been entrenched in the lives of Muslim women for far too long. It goes something like this:

Growing up, we put in years and I mean years of hard work whilst enduring copious amounts of pressure and stress moving from one life milestone to the next be it A-levels, university, internships, placements, graduating and first jobs. But there is still this unspoken rule that all that grafting serves one sole purpose: appearing as a desirable candidate for potential husbands and in-laws.

Sure, having a degree and a brilliant job which you love doing is a sure-fire way to gain you a good match but what happens once the wedding is over?
Traditionally speaking, we eventually find ourselves leaving behind all that we have worked for along with our interests in order to be wives and mothers.
This makes absolutely ZERO SENSE.

If a woman decides to get married the union is something that should become a wonderful part of her life, not something that defines her life. She has worked too hard and gained too much just to leave it at the door for the sake of being called a “good wife” or “dedicated mother”.

Why do we need to sacrifice one in order to have the other?

In the UK today young Muslim women are at the forefront of education, with the Guardian reporting last year on how there are more of us outperforming boys, more of us attending universities and more of us entering and surviving the job market. We possess ambition, drive and determination to succeed at whatever we do. With education and life experiences that come with growing up, we are beginning to value the idea of self-growth which extends beyond the stereotypes that have plagued us for so long.

The harsh reality is that these stereotypes come at us from both inside and outside of our communities and relate to “The Checklist”. Firstly, Muslims from both previous and current generations who uphold the patriarchal and quite frankly backward view that women shouldn’t be encouraged to grow as individuals through education, work or just experiences in general limit young women to aspire only to what’s on the checklist and nothing else. On the other end of the spectrum, because these stereotypes of who a Muslim woman is and should be are so openly projected throughout society it becomes a surprise to everyone else when we supposedly ‘deviate’ from the checklist.

The result is usually the following questions and statements (some of which have actually been said to me by Muslims and non-Muslims):

“Wait, you’re not going to have an arranged marriage?”
“You’re really outspoken for a Muslim woman”
“Did you sneak out to get here?”
“You’re allowed to move out for your year abroad?”
“I bet your parents lost it when you didn’t get top grades right?”

And the classic one-liner: “You’ll quit once you have kids, work will be too much for you”.

But here’s the thing, I know that we are smashing it in all aspects of life be it education, work and raising a family because I’ve seen it with my own eyes: women with children putting in 150% at work and loving every second of it, women who have recently married being promoted and women pursuing their own interests for the sake of their own happiness and development.
We should not be made to feel as if we have to choose between the things that make us who we are. Instead, we need to support and encourage one-another within all spheres to go beyond the checklist that is expected of us and create our own.

Raisa is a London born -Hong Kong raised – Pakistani currently working as a secondary English teacher but her love for writing both creatively and academically has never wavered. Her particular interests lie in exploring concepts of gender, feminism and multiculturalism in works of fiction, non-fiction and in the pieces she writes about wider societal issues which affect young Muslim women today. 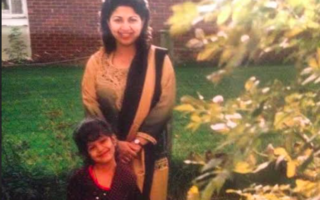 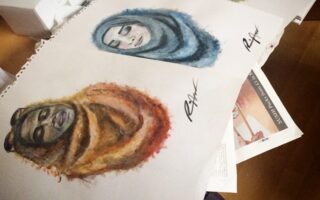 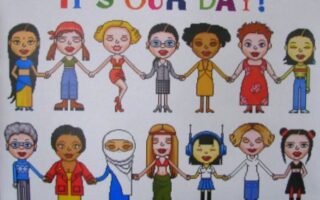