Skip to Content
Home / Editorial / The Feminine as the Balancing Force; Poetry & Literalism

The literalist way of thinking among certain Muslims is sad to say the least. I’ve been exposed to it many times, but the most memorable was in my university prayer room. I remember being hauled into a discussion about Sufism amongst a group of girls who carried a negative opinion of it. I mentioned Rumi to them and was surprised when they laughed, in amazement that I should bring up a poet in a discussion about theology (unaware of Rumi’s status as both poet and theologian). It was then that I realized how little is known nowadays of the history and fruitfulness of Islamic thought or more specifically, spirituality.

These girls were not new in their thinking. Their dismissiveness came from a specific disposition known as ‘Salafism’. Salafism is a literalist movement which, within its folds, narrows Islam to a dogmatic set rules, rejecting therein a great deal of tradition. From this conversation I came to believe that literalists were against poetry entirely. However, I have seen that rhyming is something used even by the Salafi’s, and amongst extremist groups there is something known as ‘jihadi poetry’. The rejection those girls had was specifically of Sufism or spirituality, Rumi being one of the key figures associated with this. But by rejecting Sufism, they also rejected the feminine, which as I have stated in an earlier piece is synonymous to spirituality. Further to that, in this piece I intend to compare the poetry of the Sufis to that of extremist groups as a tool to see their wider ways of thinking about life. By doing so we find an example in the literalist, in its most extreme form, of the result of removing the feminine (spirituality) from Islam.

You could easily believe while keeping up with current affairs and the goings-on of society that many of us have lost an understanding of the feminine characteristics God has given us from within Himself. God is both masculine (al-Jalal i.e. of Majesty and Power) and feminine (al-Jamal i.e. of Beauty and Compassion). His masculine characteristics are in names such as; The All-Compelling, The All-Mighty, The Afflicter of Retribution and The Supremely Strong. Examples of His feminine characteristics are in names such as; The most Merciful, The most Forgiving, The most Patient, The most Gentle. These latter names are those we regularly call Allah by, seeking His mercy, forgiveness, patience, gentleness. But within our Ummah we can see the result of being less inclined to embody these traits ourselves.

It was when I read a poem by Rumi that I found a beautiful and significant connection being made between Allah’s feminine characteristics and the creation of woman;

Love and kindness are human attributes; anger and
sensuality belong to the animals.

She is the radiance of God, she is not your beloved. She
is a creator

– you could say that she is not created.

I thought of ‘She is a creator’ as referring to a woman’s role as a mother, or as the female being a creator of love and mercy as we know it on earth. Being uncreated could mean the wholesome possession of Allah’s feminine characteristics. These of course were prevalent more than in any of us in the character of the Prophet (pbuh), who had the balance of both feminine and masculine e.g. in his mercy and his justice. The general examples however – used by the Prophet (pbuh) himself – are those of the female. He (pbuh) said that God’s mercy is greater than that of a mother’s love for her child, thereby using the example of the highest love we know on earth to demonstrate the incomprehensibility of Allah’s mercy. When I read Rumi’s poem I immediately thought of the feminine as the civilizing force of the world, beyond the simple gender-based understanding of a woman, more as part of the balance of the human being.

To be balanced with both the masculine and feminine is an interesting notion and I have thought of it in connection with the concept of the genderless worshipper, as Rabia al Basri was seen to be. But this genderless-ness was not just in the balance of characteristics, it was in fact mainly in the annihilation of one’s physical form in the love of God. It’s been said that; “When a woman walks on the path of God she cannot be called a ‘woman’” (Women of Sufism*), the notion of gender/sexuality isn’t relevant anymore. This is seen in Rabia al Basri’s poetry which expresses her experience of dedication to Allah; an annihilation of self. An incomprehensible experience to us since we have not reached such a station.

In comparison to the essence of Rabia al Basri’s poetry, I recently came across an article called; ‘Battle Lines; Want to understand the jihadis? Read their poetry’  in which there is a secular analysis of how and why poetry is significant to extremists. The article talks specifically about a woman named Ahlam al-Nasr, a member of ISIS who has written poems, as the writers state, ‘in praise of Abu Bakr al-Baghdadi…and a thirty-page essay defending the leadership’s decision to burn the Jordanian pilot Moaz al-Kasasbeh alive’. Her work uses war and violence to play upon emotions by romanticizing martyrdom, emphasizing cruelty to Muslim lands and the bravery of those fighting against it. She puts forth an idyllic dream for how things could be under the ISIS imagined Islamic state, a place which in reality does not exist.

This romanticizing of ‘jihad’ is, needless to say, a dramatic break away from the poetry which has always been celebrated in the Islamic world. The insecurity brought about by the victim status of such followers overcompensates into a call for violence. The focus on sacrificing for God in classical Islamic poetry is instead in ISIS expressed as a focus on battle and a struggle seen through a political lens, for a call to take vengeance through their vigilantism and declaration of legitimacy. In the midst of such huge issues the focus on purifying the soul and seeking the Creator is seen as insignificant, even alien.

The secular world does not help with this in its incomprehension of spirituality. Secular means to not be connected to religion, but in this case I am using the term ‘secular world’ specifically in relation to contemporary thought which looks at religion from its subjective position of non-belief. In this world the voice of the extremist is religion because the concrete notions of violence and martyrdom through suicidal fantasies are part of a language secularism understands more than that of rectifying the heart and soul.

It also looks at the Muslim woman as a victim of the male gaze, having to wear a veil, thereby seeing her only as a physical entity. Similarly, ISIS has a ‘brigade’ named Al-Khansa which is the ‘female morality police’ of the cult who no doubt ensure that women are dressed appropriately and behave as they’re supposed to. And so, just as secular opinion makes a Muslim woman only her veil, Al-Khansa does no different. Just because a poetess is hailed as a voice for their movement does not mean that the feminine has found its presence amongst them.

In such groups the idea of the gender-less worshipper is nonexistent, it isn’t something that I imagine would ever make sense to those of literalist thinking. The poetry of Rumi, Rabia al Basri, Hafiz etc. which speaks about devotion to the Divine is about a love which is so fierce that were an individual to walk upon that path they would have nothing of themselves left. I think if we understood sacrifice such as this we would not ridicule such individuals or dismiss the way of the Sufi. Similarly, the feminine is not something to be hushed or underestimated, it is key to the meaning of life. Or else we have the other end of the spectrum in the form of groups like ISIS who might be able to deceive some with their romanticised jihad, but were anyone to study the works of classical Muslim poets they would see the utter emptiness in such dystopian fantasies.

*‘Women of Sufism; A Hidden Treasure’ by Camille Adams Helminski 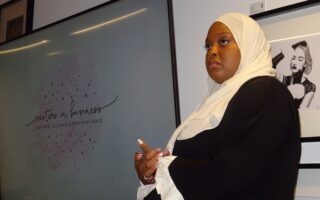 Wonder Women: an interview with Founder of ‘Sisters in Business’ Hanifa 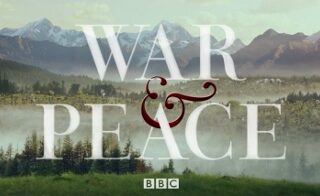 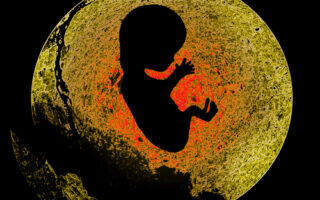