Generation Y, Spirituality and Social Change, by  Justine Afra Huxley,  is a collection of stories and interviews with young adults who are redefining spirituality for a modern age, to solve some of the most pressing problems and crises of our time.

Launched on 7th March at St. Ethelburga’s Centre for Reconciliation and Peace (London), the book highlights the way millennials are trailblazing new paths to connect with the sacred and to bring spirituality together with social change, especially at a time of growing disconnection with traditional religion. Aamna went along to the launch and spoke with the editor of the book Justine, on the day.

Can the sacred feminine change our collective consciousness and lead us on a path of healing? St Ethelburga’s is a 12th Century church set in the heart of London. For hundreds of years, it has been an open place of worship and recently was the venue for Dr.  Justine Huxley’s first book launch. Justine is the Director of St. Etheburga’s Centre for Reconciliation and Peace, and she was launching her book, ‘Generation Y, spirituality and social change’. Working alongside Clare Martin, Justine has conducted a series of interviews with millennial leaders to explore their vision of spirituality, social change, and the sacred feminine.

Justine describes young people as having an unstoppable impulse to lead and take action, and her debut book is intended as a platform for showcasing this leadership and action.”
In it, she reminds us that humans are synthesising, and that we no longer have fixed identities. Justine argues that we are moving away from dualities, traditional categories, and labels, and that we are now on a very clear path to oneness – and it is this development that she wishes to nurture and support. Justine talks about the role and passion of the millennials to dissolve the binaries of sex and gender. She explains that there is a call for a new way of practicing faiths that eventually changes the face of the political and economic world. Generation Y wants to take faith out of institutions and into the world where we can all exists harmoniously as one.

Justine maintains that as religion vacates faith institutions and enters the world around it, this is how the feminine is reclaimed by Generation Y. Clare elaborates,  “Gen Y has done a lot of work to liberate itself from outdated concepts of gender, but as part of that I see them also reclaiming something very ancient.” She sees young women looking to indigenous wisdom traditions for example, where the feminine has been revered in a particular way, and that reverence has been held for millennia. Whether they are looking to restore that feminine consciousness in their own faith traditions, or are forging new ways of living outside of a tradition, it is through being connected to one’s own emotions that feminine consciousness can be understood.  Justine sees a lot of courage in how they open themselves to other ways of thinking but what gives hope is seeing so many young women refusing to disown their own natural strengths for the sake of a masculine paradigm of leadership.

The rise of the sacred feminine is the change that the world has been waiting for.  When men are uncompromisingly masculine this is when destruction can occur, and it is when men are in touch with their feminine side, just like Justin Trudeau, they become beacons of hope in an otherwise topsy turvy world. Jacinda Ardern stands before us setting an example to countless others. In an interview she describes her actions after the Christchurch shooting as ‘very little of what I have done has been deliberate. It’s intuitive’. It is clear that it is time for the feminine to wear her crown of glory.

Clare in her own words says that what she sees is a “return to an original, raw spirituality that is freed of a lot of the baggage of religion, and it has this incredible directness about it. And this directness, this way of instantly seeing through things and going to the heart of what’s needed, does have something to do with an awakening of the feminine consciousness.” Because the feminine is linked to emotions, with all the knowledge that comes from intuition. It’s very immediate and raw.

There is hope that this agenda will bring healing for the human race and planet earth. Sukina Pilgrim reminds us that being broken before God contains immense beauty and is where change begins. James Adams speaks from experience when he says that social action is more impactful when it is ingrained in faith which becomes the greater driving force. Camille Barton guides us to the healing power of mother nature and being in touch with our bodies. She reminds us that the ecological crisis is giving us a unique opportunity to take responsibility for the earth itself. Amrita Bhohi who describes the sacred feminine as something we need to celebrate, that if we connect with the sacred feminine as a human race then we could live in a more just world.

Justine Huxley, Clare Martin and Generation Y leaders describe the birth of something new and for that to be possible, the feminine must rise. The change is evident and as we reach the end of an era there is hope that the dawn will bring with it oneness and harmony.

Generation Y, Spirituality and Social Change is available to buy from Amazon. 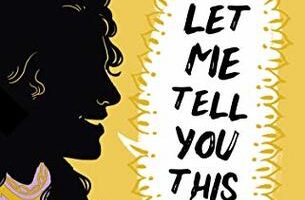 Book review: ‘Let Me Tell You This’ by Nadine Aisha Jassat

Book review: ‘What if it were you?’ by Elizabeth Arif-Fear 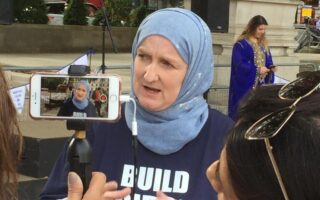 Women of faith must be seen and heard