Congratulations! You’ve completed your degree, landed yourself a stellar job and are well on the way to carving out an exciting career.

So… shall we talk about the elephant in the room? Marriage!

When it comes to finding ‘The One’ some of you may feel that NOW is the time to begin your search but are unsure on what to do next. The rest of you may simply feel that you’re not ready; you still have your career to think about, you want to travel and you’ll worry about all that later.

As an educated, ambitious woman myself, with friends of similar ilk, I can see where you’re coming from. I totally get it.

But sadly, life isn’t necessarily going to fall into place as neatly as your #HudaBeautyLashes. The reality is that there is an (un)fairly narrow window of opportunity in which to secure your future husband and, from my experience, I’d say it hovers around the age of twenty-seven.

There is no magic formula on how to go about finding ‘The One’ but having spoken to many 30-something year old single women, here are a few of their thoughts.

1. The Search MUST start today and not tomorrow

In my role as a voluntary matchmaker, I’ve come across hundreds of brilliant girls who were in your beautiful designer heels a decade ago. These girls are now in their 30s having grown into successful, strong, independent women who have realised every feminista’s noughties Western dream. They’ve seen the world and they’ve spoken to it. Yet they have fallen victim to the traditional Asian/Arab marriage system, which is inherently biased in favour of men and pressures women to be a certain way. Although, the rules are changing, progress in glacial. But that’s a whole other letter.

The biological imperative remains as unfair as ever. Mother Nature was not, is not and never will be a feminist. And to add salt to the wound, most South Asian/Arab men do not live in an era where they rank a woman’s intellect over her fertility and beauty.

So IF you do want to marry AND have children before the age of 35 (when you begin to enter the realm of ‘higher risk pregnancy’) then I would suggest starting your search much sooner rather than later.

I have received countless matchmaking enquiries from young women (AND men) that are mind bogglingly specific. For example, one particular 25 year old female teacher was looking for a Gujarati doctor. Or dentist. Or accountant. But strictly NO lawyers. They’re just ‘too argumentative’. Ideally of East African descent although this wasn’t essential. No younger than 27, and certainly not a day over 30. A practicing Muslim; whatever that means these days (she didn’t know either). Facial hair would be ‘acceptable’ but she was averse to ‘full-on’ beards and volunteered her irrational phobia of hairy backs. Speaking a European language was also a plus point, but not a deal breaker.

I kindly advised the young lady that although I know many lovely Muslim doctors who sit comfortably within her specified age bracket, I am completely oblivious on the state of their body hair and general grooming habits, and to be very honest, I prefer to maintain my ignorance. That’s not to say that I’m dismissive of personal preferences relating to things like hair, hygiene and horrible habits, or the ‘3 H’s’ as I like to call them. But regardless of how highly they may sit on your tree of disgust, it’s certainly not a great way to start (or even end) marriage talks.

You need to accept that Mr Perfect doesn’t exist. He is simply a romantic Holly/Bolly/Lollywood myth. Focus instead on finding ‘Mr Suitable’. You find him by making a rational list of the characteristics you’re definitely NOT willing to compromise on. For example: Someone whose strength of faith is not aligned with yours. Someone who lacks humour. Someone who is too intro/extroverted. Someone with a criminal record. Someone with a history of cheating/lying. Outside of your main ‘deal breakers’ the rest is negotiable and I promise you that there are PLENTY of Mr Suitables around. I often hear from them. They are surprisingly lovely, so give them a chance.

3. Don’t rely on your parents

Before I have every auntie in the country wanting to beat me with her stick then please read on.

Far too often I’ve heard of successful mid-30 year old women who had exclusively depended on their parents in the spouse hunt, only to be disappointed later on. Unfortunately, whilst every parent does of course have their child’s best interest at heart, it is important to recognise that their social networks are limited to a smallish pool of friends and therefore a finite pool of eligible bachelors.

As an aside, I have also witnessed A LOT of parental “not-good-enoughery”. This is truly disappointing as many great suitors are being sidelined in the vain hope that the perfect son/daughter-in-law is hiding just around the corner. The reality is that the corner can sometimes be a very long and tortuous road and takes several years to turn, if ever.

4. Always try and look your best.

In an ideal world, a guy would immediately fall in love with your ‘inner beauty’ whilst Bruno Mars’ “Just the Way You Are” would be playing proudly in the background. In an ideal world. After all, it IS your character that truly matters in promoting the longevity of a happy and healthy marriage. And so, how I would love to say that ‘looks don’t matter’ but for all the rights and wrongs of it, it’s simply not true. It’s a biological fact rather than rocket science: men and women are attracted to physical beauty. Therefore, first impressions can be last impressions and so I would suggest that you make every effort to look presentable in the same way that you would for your dream job interview.

And for the love of God please STOP pouting in your ‘Rishta photos’!

It’s difficult growing up in a world where the cultural mantra of marrying young has finally, and refreshingly, been replaced by encouragement to postpone marriage (ever so slightly) in pursuit of high ideals – education, career and true love. However the two can run in parallel as opposed to sequentially.

Life doesn’t stop once you have a ring on your finger. You can pursue your goals AND be in a fulfilling marriage. It’s simply great to have someone with whom to celebrate your successes and it’s even better to have him holding your hand through the difficult and daunting times.

Be open to attending social networking functions, marriage events and accept invitations to private parties. The thought of attending on your own can be a bit daunting. What if you wear the wrong thing? What if you get stuck in the corner sandwiched between Vain Zayn and Awkward Abdul? BUT, what if you end up having a thoroughly enjoyable time and meeting someone great? You may not know anyone else in the room but I’d say that’s all the more reason to go.

Sign up to matrimonial sites and download the various marriage apps. I know they’re a bit hit and miss but what do you have to lose? Tell your friends and relatives that you’re actively looking so that they may suggest suitors within their networks. Of course, none of these measures can guarantee Mr Suitable knocking on your door at a time of your convenience, after all these things are pre-destined, but following this simple advice may be a good starting point.

Finally, remember there is absolutely no shame in putting yourself out there and actively searching for ‘The One’, in fact I’d say it suggests a degree of maturity. Stop worrying about what so-and-so might think. This is about YOU and NOT them. It’s time to woman up and take some control.

Dr Farah Ahmed is a London based GP and mum of two boys. She  is a Global Ambassador for ‘Mothers 2 Mothers’, a charity that trains and employs Mentor Mothersto provide essential health education and psychosocial support to other HIV-positive mothers, on how they can protect their babies from HIV infection. Farah enjoys running, writing health articles and matchmaking in her spare time. 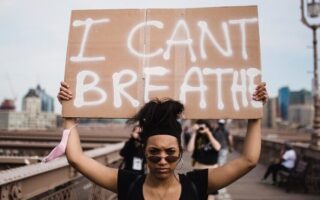 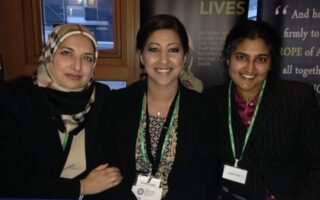