Skip to Content
Home / Editorial / About that Hijabi in Playboy

Nothing quite signals a Twitter storm than Muslims parading with swagger to a Jay-Z soundtrack, Muslims dancing and singing to the Happy tune and now, Noor Tagouri appearing on Playboy.

Fear of “compromising” ourselves in the journey of integration whilst straddling Islamic values is a real-life daily phenomenon for many of us.

But do you spot anything in common with the outbursts against these three popular culture moments? Or is it a Where’s Wally moment?

Some of the loudest criticism has been levelled at the female participation in these events by both men and women. And I can’t say that any particular criticism hailing from a particular gender has been any more annoying than the other.

For those of you who often find feminist viewpoints unpalatable, but on this occasion have allowed yourselves free reign onto the pick and mix counter, are heading straight for the sour cherries. Using feminism to mask, what in reality is your own discomfort at seeing a Muslim woman as bold, sassy and confident and even at times, God forbid, having sex appeal, whilst wearing the hijab.

For those of you consistent in your outrage against the Playboy brand representing the objectification of women, fair enough. But let’s be clear, she appears in a context that represents the evolution of the brand into arena of challenging the status quo. So the irony, as Playboy explores the hip and happening modesty symbol of the hijab, many Muslims are objecting that it represents the very erosion of it.

But if you are still intent on your outrage, then by your standards be outraged at Ibthihaj Muhammad appearing on Rolling Stones, and it’s connotations to an era of sex, drugs and rock and roll.

I’m not going to bore you with spinning the usual yarn of how Muslims need to be represented in all spaces to humanise us in an era of Donald Trump and “Muslims are terrorists”. The likes of Nadiya Hussain and Zayn Malik are leading the unspoken charge on this front. But imagine if Nadiya Hussain was to take to the stage and sing “Pillow Talk”?

And perhaps that is one aspect of our rage in this saga that we need to confront a little bit more. Many of us can’t seem to palate a Muslim woman, who wears a symbol that is often associated with breaking free of material vanity, vainly celebrating her modesty, and in some eyes, departing from God.

And here we find our Wally… Hussain Makke.

You see, this is the fallacy of what we ourselves think of the hijab wearing Muslimah. Of course, the desire for beauty, competing with floral patterns, blinging hemlines never crossed the minds of our “modest” hijabis?

Hijab as a political or religious outfit was never devoid of vanity. To think otherwise is to be an unrealistic purist. And Noor’s celebration of “modest fashion” on Playboy is not hypocritical of this.

And this is where some of our discomfort begins but should really be the end. 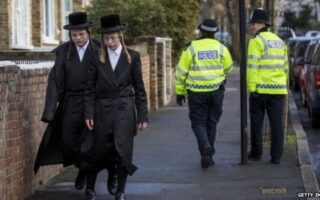 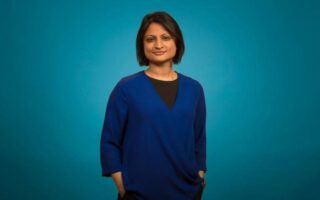 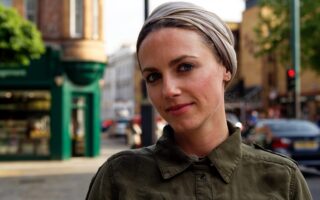