Skip to Content
Home / Editorial / To Paris With Love; In celebration, Hope And In Memoriam

Luc‘s mum was a favourite friend of mine in the primary school informal mummies club. She was kind, interesting, chatty and easy to get along with. We had met in the playground through our children who were in the same class together – little sweet five year olds. She had a son who I will name Luc and I had a daughter – let’s call her Amira. Luc’s family were from France but that did not put up any barriers for interaction and friendship (and why should it?). The children spent a year as classmates until Luc’s mum announced they were to return to France. I remember we were all saddened by the news.

In the weeks leading up to their departure I overheard my son teasing Amira about Luc. Amira was angrily arguing with her brother and I decided to step in and enquire about the topic of discussion. My son announced in a mocking singsong manner that Amira had a boyfriend named Luc.

“Amira has a boyfriend na na na na naaa na!”
Amira denied this of course and lashed out at her brother – but (I know it was a bit naughty of us) we all laughed and wanted to know more! However, realising how embarrassed Amira became we backed off and chuckled in private.

The next day I approached Luc’s mum to chat about the funny and sweet news. This is where the story of my daughter having a little sweetheart becomes somewhat serious and a lesson in challenging ideas, beliefs and perceptions. I happily approached Luc’s mother and before I could finish my sentence she laughed and confirmed the story of Luc’s affection for Amira. She continued to explain Luc had felt this way for a while and had announced to his family he would grow up to marry Amira! The entire tale of unrequited love between two cute five year olds melted my heart and I asked her why she hadn’t mentioned it to me before. She answered that she was afraid we would not approve. Those words instantly made my heart freeze and feel sorry that a mother, a friend, should feel this way. I knew where her concern came from. She had an awareness of the conservative nature of my cultural background – even though I don’t recall ever expressing any labels or affiliations. I could have been from any myriad of cultural/religious heritages I mused. She had felt weary of disturbing the friendship because of my potential disapproval of playground love. I reassured her it was fine and that my family found the friendship to be a wonderful part of Amira’s childhood. Indeed it was heart-warming and a pleasure to witness the hilarity and the depth of the bond that existed between the two.

She answered that she was afraid we would not approve.

In the final days leading to Luc’s farewell we dealt with heartbreak and tears from our daughter and watched her be chased around the playground by a cheerful Luc expressing his love with hugs and laughter. Amira was hurt that Luc was leaving along with her favourite music teacher and showed this by crying furiously. This was the first time as a mother I found myself having to step up and read the emotions accurately and effectively. Another group of amused watching mothers came to my aid. The mums helped me work out the confusion and realise Amira was acting out her pain at losing two individuals who meant a great deal to her.
The tale of their love has now become a favourite family story to tell and retell forever to my daughter’s embarrassment. It also forced me to consider how others perceive my family, my faith and cultural heritage and ultimately me. I have to acknowledge the wider impact of such perceptions on the relationships we all forge with those of opposite identities. I wanted Luc’s mother to be comfortable and free with me. I did not want her to be afraid to speak with me about any given topic however controversial. In friendship we should all feel free to express thoughts and emotions – that is the mark of a good friendship. The question that turns in my mind since those days is whether our religious, cultural differences hinder our friendships/relationships? I leave this question open but I would say that many of us in multicultural/faith societies find ways to compromise, cooperate, coexist and love one another.

There are no answers to be found in shutting down free speech and stepping up barriers to free movement of humans, ideas, friendship and love.

I never thought I would share this story with anyone outside my immediate circle of family and friends. The recent Paris attacks have again cast a pall over my sense of what it is to be a person in our super modern fantastic times especially in Europe and the developed world. I am a person at peace with my identity, at peace within my soul. All the rhetoric, all the vitriol after the attacks cannot bring justice to those who lost their lives. There are no answers to be found in shutting down free speech and stepping up barriers to free movement of humans, ideas, friendship and love.
When I think of Paris I want to remember the cool story of our children’s love. A natural love not blinded by restrictions imposed by humans. I want to ask those who are empowered by society to build strong inclusive and safe nations to protect our civil rights in the fight against hate, terror and retribution. I would ask our authority figures to think of our children across the globe and try with all their might to find solutions to the conflicts that were brewed by careless actors.
Living in a multicultural/religious society challenges us to leave behind our preconceptions and take an opportunity to feed the senses with alternative sights, sounds and life. It’s tough to break away from convention, to be a rebel and be different. I imagine Paris is a city like London steeped in history and proud traditions but also a bastion of social experimentation, forward thinking and downright exciting. The reactionary forces who inevitably seek to damn those who seem awkward, ill-fitting, wrong must not succeed. The violent choices of those who view the world through a narrow political/military prism must not taint the lives of innocents.
Luc and Amira didn’t think of the existential hand wringing worrying questioning that adults bother with. In times of sadness and crisis, in happy moments too, the children stand up as ambassadors for life.

Nazia is  a mother of three children. She has a degree in History (focus on modern Europe, Russia, Ottoman Empire, Origins of Islam, Mughal Empire, Middle East) from School of Oriental and African Studies London.

Image courtesy of Jean Jullien; the original painting is posted on Instagram

A Brief Summary To The Process Of Letting Go 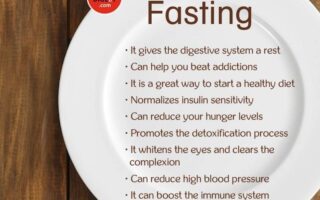 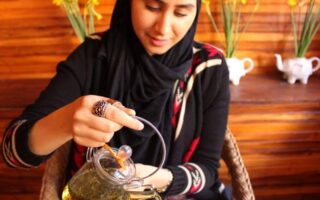 20 Confessions of a Hijabi