It is perhaps fortuitous that the forthcoming British elections on 8 June are in Ramadan. Why? Because our annual period of introspection, purging of accumulated vices and good intentions for a more conscientious future should, at least in principle, ensure that during this state of elevated awareness we also vote accordingly. I say this in full appreciation that there is no such thing as a ‘single Muslim perspective’ or even a ‘single principled position’ but there is such a thing as ‘Islamic-centric ethics’ regarding some of our most fundamental values.

I was asked by several people to put some thoughts on paper so here is a quick, brainstorming of ideas. Done in a rush, as there is so little time before these elections! Best to do your own research and be prepared to make your prospective parliamentarian accountable – elections are our only real opportunity to do this! While I do think Muslim prospective parliamentarians should be given particularly rigorous scrutiny on key issues, in the end the issues of concern are the same for all and therefore no differentiation really required.

It is not for me to impose on fellow Muslims where to vote but I do feel we all have to think good and hard about the responsibilities involved in being a Conscientious Muslim Voter. From this perspective I would argue we have to consider who is best placed to safeguard our planet, who is concerned about our shared humanity and who is concerned about the weak and vulnerable – all core Islamic ethical principles.

Islam does not define a specific political system but it gives guidance on the ethical behaviour that should be behind political governance. The Conscientious Muslim Voter concerned about the world around them should at least have some consistency on the issues that concern them.

This link from SoundVision gives a good overview of some of our social responsibilities:

The Quran advises the following which is not exclusive to Muslim context but for all of humanity:

1. Do not exploit the earth

2. Do not exploit economically – do not give false measure

4. Care for the orphan

5. Do not harm people by your actions

7. Support people to get an honest livelihood

8. Do not squander your wealth

10. Free those in bondage

Overarching all of this is the establishment of ‘justice’.

“O ye who believe! stand out firmly for justice, as witnesses to God, even as against yourselves, or your parents, or your kin, and whether it be (against) rich or poor: for Allah can best protect both. Follow not the lusts (of your hearts), lest ye swerve, and if ye distort (justice) or decline to do justice, verily God is well-acquainted with all that you do.” (4:135)

Engaging within a democracy

As British Muslims we live in a democracy and the way we engage with this democracy is through voting in elections (register to vote) – to choose public figures that can best implement what we consider to be our shared social values. So with the above in mind how do we draw from our Islamic ethics when considering whom to vote for?

In an election there are two key things that needs to be taken into consideration:

1) We need to think what we believe is best for the country as a whole and who can best deliver this, and

2) We need to see what is best for ourselves and who can best deliver it.

The two work alongside each other and are not mutually exclusive. The following are some bullet points when considering national, local and personal issues. The links are some of the discussions around the issues.

Don’t have time to go into all these issues but a simple search on the internet provide you with key issues, here are my top twelve.

Just adding a few potential questions but there are no limit to questions that needs to be addressed so the more you research these issues the more in-depth question and response you can give.

In my view there are four key issues of concern specific to British Muslims:

The following are questions, you can put to your local PPC:

1. What is your position on Prevent?

Question: Prevent has tarred the entire Muslim community as potential terrorists – how would you address this?

Question: Would you vote to repeal the Prevent Strategy?

Question: The Prevent Strategy is denying Muslims in the education system freedom to express their views without being labeled as a potential terrorist – they are choosing to keep quiet due to fear of anything they say being misconstrued – how would you address this?

Question: I am really concerned that according to the Census British Muslims are over represented in all areas of social deprivation. Current legislation on welfare cuts is impacting disproportionately on Muslim families. What are your thoughts on this and how would you address this issue as far as government policies are concerned?

Question: Many Muslims fear engaging with the statutory sector due to discrimination, prejudice and exclusion – what do you plan to do to address this?

Question: What was your position on Britain going to war in Iraq and the devastating consequences to the Iraqi people?

Question: What is your position on the failure of Britain to act decisively on the Syrian crisis and the ongoing tragedy there?

Question: Will your party stop the human devastation being caused by drone bombs?

Question: What are you doing to support the rights of Palestinians and to ensure that UN Resolutions are adhered to by Israel?

Question: What was your position on Britain’s limiting and then closing the doors to Refugees?

In conclusion, my vote will go to the person who represents and will actively pursue policies that reflect as much as possible Islamic-centric ethics. They would need to be concerned about the planet, the proliferation of greed and the human devastation caused by wars. This person also needs to show they have a consistent track record of standing for justice and speaking truth to power. They would also need to be concerned about rights of those who are vulnerable in society and those that are easy to exploit. In order to do even just a little of the above they will need to be a different kind of leader from what we have known in recent times as turning the tide on fizzy popularism will not be easy. For me this person is Jeremy Corbyn – as if you hadn’t guessed already!

I am sooooo looking forward to party representatives knocking on my door because I am fully prepared to have my say!

Humera Khan is a freelance consultant and researcher on Muslim Affairs. She is one of the founder members and currently a trustee of An-Nisa Society founded in 1985. With the organisation she has been involved in setting up many projects and working with families, providing support and counselling on a broad range of issues. This has included developing the first accredited Islamic Counselling Course, producing a series of books on sexual health from an Islamic perspective and producing resources on Muslim fatherhood.

Humera is currently the coordinator for An-Nisa Society’s Supplementary Muslim School (SMS) which was set up in 1986 and through the school has developed work around Islamic education and also facilitated numerous youth projects.

Currently Humera is working on a Jewish Muslim dialogue initiative with young people aged 14-15 in partnership with partnership with West London Synagogue which includes a 5 day trip to Morocco to learn about Jewish and Muslim history and culture.

Most recently Humera has been involved in the setting up of the Faith and Khidmah Campaign – a partnership between An-Nisa Society and the Radical Middle Way. This Campaign seeks to promote and develop the ideas of pastoral care and philanthropy with the British Muslim communities and to encourage the investment in a Muslim voluntary sector able to respond to the needs of the community. 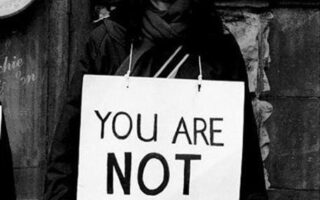 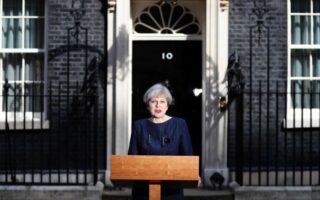 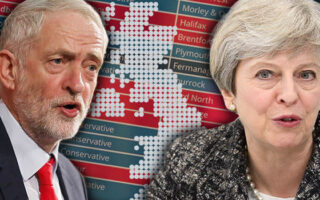