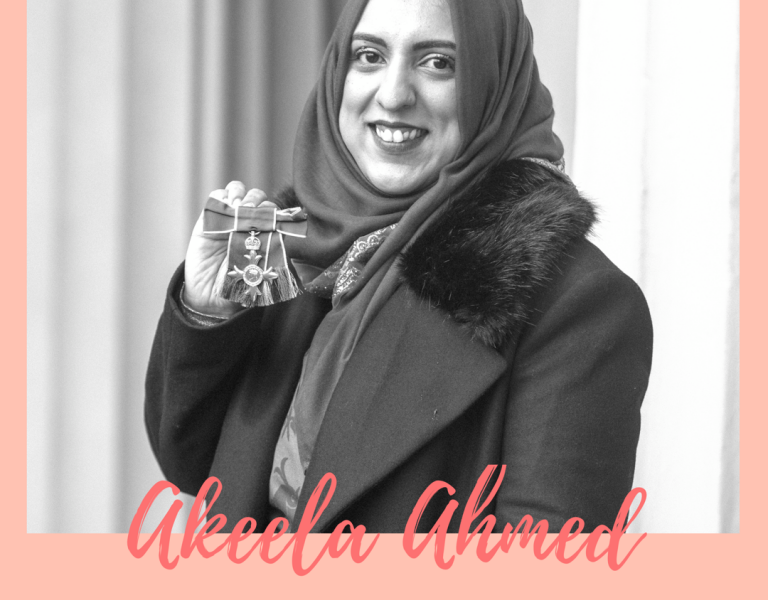 Akeela Ahmed MBE has been an equalities activist and campaigner for nearly nearly 20 years. On Muslim Women’s Day, she was listed in Nylon magazine as an activist that is ‘making a difference’. In 2014 she founded ‘She Speaks We Hear’ which gives unfiltered women’s voice a platform. Akeela advises and works with government in tackling anti-Muslim hatred, sitting on the Anti-Muslim Hatred Working Group as Chair of the Independent Members. She is also a social entrepreneur within the social housing sector. Akeela was a co-organiser of the Women’s March on London and in January 2017, she spoke to over one hundred thousand people at the Women’s March on London. For her work with WML she was listed as one of Stylist’s Women of the Year 2017. Her portrait was part of the National Trust’s We Are Bess exhibition at Hardwick Hall, which showcases modern and historic female leaders.

Julie is a mentor, consultant and activist with a focus on gender issues, Jewish-Muslim relations and social action. She has a background in community grass roots work spanning 20 years. Julie was the Executive Director of the Islamic Society of Britain from 2010-2014 and was pivotal in peace initiatives following the murder of Lee Rigby in Woolwich. She has spoken on many major news programmes including Radio 4 and Newsnight, at the Christian festival, Greenbelt and the Jewish festival, Limmud, and at receptions hosted by the British Armed Forces. Julie was previously a member of the Government’s National Muslim Women’s Advisory Group, a mentor for the Prince of Wales Charity, Mosaic and is Patron for Jewish and Muslim theatre group, MUJU. She is an alumni of the Cambridge Coexist Leadership Programme 2013 and the Women in Leadership, from Windsor Leadership 2015. Julie is Founder and Director of Sadaqa Day, a one day Muslim-led focus on social action, which was launched in March 2015. Julie converted to Islam in March 1995 and is happily married with four children.

Tameena is an IT engineer by profession but her passion lies in advocating for gender equality and  human rights all whilst being actively involved in her community, having sat on the TVP Independent Advisory Group and the One Borough Council Panel to campaigning on local issues that affect residents. A Pakistani Muslim who is breaking cultural barriers by playing amateur cricket and going against cultural norms to speak out on a number of issues that affect British Pakistanis. She has encountered her fair share of challenges along the way, and as a survivor of child sexual abuse, her experiences have made her determined to challenge the patriarchy and injustice faced by females, particularly within the Pakistani community.

Sharmeen Ziauddin is a broadcast journalist and blogger at britpakgirl.com Sharmeen first started writing after the tragic events of 7/7 in London, where she was working as an analyst at the time. Anti-Muslim sentiment was on the rise and she felt she needed to use her voice to change misconceptions about Muslims. This led her to study journalism and subsequently start a blog. The blog showcases the British Muslim experience, from food to politics, she writes about it all! Sharmeen works part time at a local radio station as a broadcast journalist where she produces, writes and reads the news. She has appeared on BBC Asian Network many times talking about social issues. Sharmeen is based in Surrey where she lives with her husband and three children. Twitter: @sharm33n Instagram: @britpakgirl

Aliya Zaidi is a self-confessed geek with a passion for all things digital. In her professional career, she is a freelance editor, writer and content specialist, focusing on digital marketing, ecommerce and online research.  Aliya is a passionate feminist with a particular interest in how digital platforms and technology can be used to challenge the narrative in the mainstream media and how social media can be used to amplify unheard voices.