Skip to Content
Home / Politics / On VE Day why should British Muslims join the British Army?

When I found out I’d be visiting the Army Training Centre Pirbright, along with the Chair of the Anti-Muslim Hatred Working Group, Akeela Ahmed MBE, I was slightly apprehensive. Visions of scary looking English men in army gear holding rifles filled my mind and I wasn’t really sure what to expect.

However after spending time with some recruits, officers, the chaplain and the Major General I have to admit I was pleasantly surprised at the openness and thoughtfulness of everybody I met. Not only were there many soldiers of colour walking around, there were a lot of young female recruits on the training ground. At Pirbright, the fourteen week compulsory training required for all soldiers is carried out. It seemed friendly and relaxed, and not like an English Defence League breeding ground that I had perhaps naively envisaged it to be. But why do the British Army have such a bad reputation amongst some Muslims and other minorities?

For most Muslims, joining the British Army can be a contentious subject or something they’ve never considered seriously. Looking at the numbers, there are currently only around 500 serving Muslims in the British Army out of an 80,000 strong army. That is less than 0.6% of the total army staff. Given the population of Muslims is around 4% of the population, this isn’t representative at all.

According to former British Army Officer Afzal Amin, the majority of the 500 in the army are immigrants, mostly from the Commonwealth and not British born. This is an interesting point as they are more likely to have a more romanticised image of being in the British Army than someone who hasn’t been brought up in the post-colonial shadow. Research also shows British born Muslims feel as British as their white counterparts, as the UK is their home. So what are the reasons?

In a study carried out by the Oxford Centre for Islamic Studies many reasons were cited for the low recruitment of Muslim soldiers to the British Army. One of the reasons was the risk to life, and Muslim parents like any other parents won’t encourage a career where you are on the front line. One of the recruits I met at Pirbright said his mum didn’t talk to him for weeks when he told her that he was joining the British Army, so clearly this is a concern for all parents not just parents from ethnic minorities.

A crucial point that often goes amiss is that being on the front line like most people imagine, is only 30-40% of what the army does. The rest is made up of jobs such as engineers, doctors, nurses etc. In fact there are over 65 departments you can train in. So whilst serving on the ground is what most people perceive of the British Army, there are a plethora of other jobs that are non-combatant. Clearly this message hasn’t been as clear as the British Army would like it to be. There are certain degrees that the British Army will even sponsor and pay for like medicine as it’s a much needed vocation.

However the elephant in the room cannot be dismissed. One of the key factors that contributes to the low numbers of Muslims joining the army is that the British Army have been integral in conflicts in Muslim countries. Not just that, but now deemed as unnecessary, illegal wars where innocent civilians (usually Muslim) have been killed. As well as this reported torture and human right abuse cases amongst not just American personnel but British too, have gone on record.

For Muslims this seems to be the biggest hurdle and red flag when it comes to entertaining the idea of joining the British Army. It’s very difficult for a Muslim to join an organisation which has killed other Muslims in what turned out to be a failed mission with unethical motives. But the Iraq war started sixteen years ago and we live in a different world; in a world where human rights are acknowledged and championed more readily, and in a world where the British Army have had the disastrous experience of being in Afghanistan and Iraq.

The British Army are trying their best to break down these barriers and engage with Muslim communities. Muslim Engagement officer Naveed Muhammad who has served in the British Army for over 20 years, visits schools and mosques regularly talking about his career and the positive aspects of joining the British Army. Major General Capps who is also a champion for the Armed Muslim Forces Association reminded us that the British Army were fighting ISIS and the Taliban who have killed more Muslims than non-Muslims. A well needed reminder perhaps? And also an indication that Muslims are very much needed during these conflicts to help the military personnel to communicate with civilians on the ground and help build trust and relations.

Tim Petransky, Engagement Officer told me a story about how one of his Pathan colleagues managed to liaise with some Pathans in a rural area of Afghanistan which helped to appease an otherwise tricky situation, proving that diversity is essential within army personnel.

The other problem that the British Army have had to deal with is far-right extremism. With figures like Tommy Robinson posing with recruits, the PR hasn’t been great. The British Army has formally denounced any links with any far-right figures and takes it very seriously. The Padre (chaplain in the army) at Pirbright insisted any Islamophobia and other prejudices are nipped in the bud early on, and any recruits showing signs of any extremism are dealt with accordingly.

All recruits who join the army have to go through a Values and Standards course taught by the Padre where the core values are taught over seven lessons. These are courage, discipline, respect for others, integrity, loyalty and selfless commitment. These essential core values are strengthened further by standards that all recruits have to live up to, and those are of being appropriate, lawful and professional at all times. Following this, case studies and real life examples are given where recruits have to decide what they would do in the same situation.

This training is a fundamental part of being in the British Army as recruits come from all kinds of backgrounds. All these values are not only coherent with Islam but reinforce some of the basic principles of being a Muslim. Islam’s central teaching is around social justice and standing up for the oppressed. Some of the projects the army is involved in encompass these core values; for example migrant rescue, wildlife protection, restoring infrastructure, distributing aid and helping in disaster affected areas. The British Army is present in over thirty countries currently, mostly in peacekeeping duties. These are wonderful roles that the army take part in but are cast in the shadow of the disastrous wars in the Middle East. It will take time to shift this image.

What it comes down to, is conscience. As the Padre explained, it’s a choice you make as a person of faith. For the Padre there’s no question that him being involved in teaching ethics to new recruits and being a spiritual advisor to any army personnel is vital work and serves his conscience well. Also he has comfort as clergy are the only army personnel who don’t have to carry a weapon. But Islam is not a pacifist religion, and standing and fighting for the rights of the oppressed is a noble thing.

Another important point for British Muslims and the wider population to remember is that 400,000 Indian Muslims fought for the British Army and 89,000 died in World War II so joining the British army is not an alien concept. British Muslims don’t need to show their loyalty to Britain by joining the army but it’s a reminder that is often needed about the contributions of Muslims towards Britain.

The British Army of 2020 is very different to what it used be. Like the population of Britain, it’s changed and adapted to the world we live in and joining an organisation like this should not be something that is dismissed by young Muslims or other ethnic minority groups based on past practices. The British Army, Royal Air Force and The Royal Navy need to make sure their strive for diversity and message of acceptance and tolerance reaches far and wide into all communities so they can reflect the beauty of British people within their organisation.

Sharmeen is passionate about politics and faith and you can find her tweeting about these things @sharm33n. 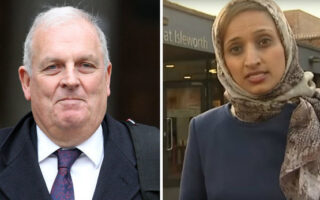 The Irony of Oppression 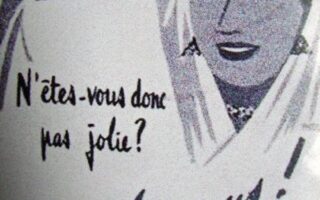 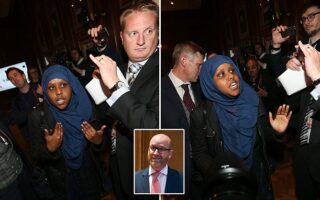