“If I were you, I’d cut ties with all friendships and start over.” A friend advised me when I broke it to her that I was going to take off my headscarf. It was scandalous and shameful in her eyes. And that was the last time I saw of her, she never contacted me since. Three years later I’m still adjusting to the gossip and ostracising behaviours from small cliques that are part cultural part herd mentality and not all of them are Muslims.

I was nine years old when it became official to wear the headscarf. An event that I looked forward to. A celebration of my maturity and modesty. Regardless of what today’s western culture thinks of it, I have the fondest of memories and love for that time. It was filled with bliss, happiness, and a belonging. Something that I’ve passed on to my daughter who also revels in it and continues to hold the baton.

Yet, three years ago I took it off.

It was a gradual process. I would put it on as I left my home and with it firmly in place, I’d saunter nervously to the train station. It was there that I began to have an almost daily ritual. I’d go into the lady’s toilets and place my cap on the side of the sink and replace my headscarf with a Nike cap and an Adidas hoodie. It probably made as much sense as my mish mash fashion sense.

On one occasion I was running late for a course and became inept at whisking off my headscarf and plonking a cap on for psychological good measure. However, I wasn’t alone, there was a young lady fixing her makeup at the sink beside mine. She had frozen watching my erratic behaviour. From her perspective all she saw was a Muslim woman taking off the headscarf in the bathroom with headphone wires sticking out of a backpack, proceeding to don on a cap and jump out the door quick smart. I remember hearing a clatter of items that she must have dropped as I dashed out. I can guess what it must have looked like. Come to think of it I never saw her on the platform despite the trains being slightly delayed.

“But when I took it off something new had happened as I stepped onto a train. Nobody was looking at me with shady eyes or contempt.”

But when I took it off something new had happened as I stepped onto a train. Nobody was looking at me with shady eyes or contempt. They were, well, friendly or others would say, civil. And many times I was invisible being part of a commuting crowd. Sounds bleak to many Londoners but to me it was a revelation that I was part of the flow.

In the early days my heart would pound. It turned out that taking off what was my comfort wrap that I’d been accustomed to for 30 years was indeed a big deal. My internal psychology was changing. My view of myself was changing. It’s tiresome to worry about being the object of fear and hate for many decades. And for once I wasn’t fighting it.

So why did I take it off? It was during the acid attacks in 2017 that my mum sent me a WhatsApp message about another incident. Although women in headscarves weren’t targeted, that didn’t’ stop me from giving a good distance to every parked car with its window down. And I believe that was the line I drew in myself. Enough of feeling fear.

I remembered after the 7/7 bombings and 9/11 attacks how the public would spit at me and shout abuses and it was that that came back to haunt me. One incident I was walking with my family in the local park. My little boy was on a trike and my husband was straddling behind waiting for my daughter to catch up. As I turned into a path there was a young lad of maybe nine or ten who picked up his bat and looked menacingly at me holding it threateningly. My six-foot-three husband came into view and the boy subtly put the bat down and moved along. The sinking feeling I had when I first saw him was horrible. I didn’t say anything because at this point I was used to it. As a young girl I remember crossing the road only to hear another young boy shout in my face ‘that’s the ugliest thing I’ve ever seen.’ I think I learned from a young age to internalise this sort of hate.

“I remembered after the 7/7 bombings and 9/11 attacks how the public would spit at me and shout abuses and it was that that came back to haunt me.”

When I was in my twenties I had a small business and held business meetings in coffee shops. One of the meetings was held in a shopping centre when a young boy spat down from the 3rd floor of the Exchange in Ilford. We had to move to a new area. That’s what I would do: adjust to the hate.

Of course, they weren’t all young boys, they were older men and women too. Some were as overt about it as the young boys but others were more discriminatory and sinister behind the gossip scenes.

It’s hard to write this without feeling anything. Because it makes me angry for being so passive. So when I travelled to Syria and Iran I loved it. I was surrounded by people who were not hostile towards me anymore. I won’t go into the politics here, but it was a feeling of settlement in my heart. I wasn’t afraid anymore. Living in Iran and teaching there was very contrary to the experience that Westerners would like us to believe of the state. I had never felt so safe travelling at night on my own as a woman in Qom, Iran. I can’t say the same for other areas but Qom is a Holy city and had a certain spiritual calmness that I’ll treasure and love.

This is sounding like a propaganda piece because in the UK anything positive said about Iran is seen as propaganda unfortunately, in any case it’s something I’ll never forget when I returned to the UK in 2016. Something in me had changed. I wanted to feel like I belonged again. So when I received that WhatsApp message from my mother in 2017, I made a decision to never feel fear again.

I took off the headscarf and finally felt that societal belonging again. For a little while.

The act of taking off the headscarf may have felt like an offense to some dear friends, but many others were kind and non-judgemental. For those few that disconnected with me entirely made it clear that their bonds of friendship were as flimsy as the fabric their scarves were cut from. 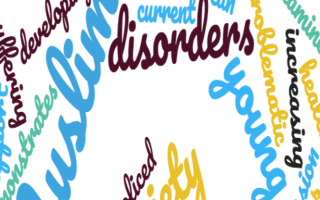 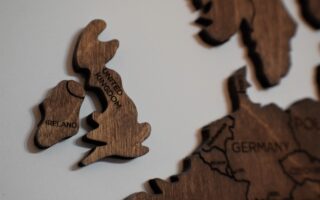 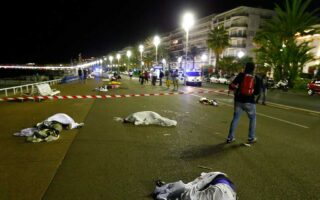 There Is No Such Thing As Islamophobia