My labels: troublemaker, Paki-basher, coconut, besharam and the list goes on – all for speaking up against injustice and cultural issues but I am who I am today because I was sexually abused and I now simply refuse to comply with a culture that is complicit.

The first time, you always think, it’s an accident. Then it all changes when you realise what is happening. I remember the first time like it was yesterday. Our house newly decorated, the cricket on and the men of the family all congregated. I was coming down the stairs and there it happened. I brushed it off but that was the start of it all.

Now if you were like me back then, quiet, scared and lacking confidence you were stuck. Who can you speak to? If I speak to my mum, I will be at fault but I’m too ashamed to speak to anyone else about it. So it becomes your secret. The problem with secrets, that it causes long-term pain.

The abuse carried on for years, and although school life wasn’t kind to me it was an escape and I seeked refuge from people I came to trust. As Asian mothers do in their gangs, this gave my abuser the perfect oppportunity to pop round and do what he did. Things went as far coming through the (unfortunately) unlocked garage, coming in through the back garden through the conservatory to upstairs. These are the lengths abusers go to, they don’t care who you are, they have one sick goal in mind.

I will fight like hell to challenge patriarchy, to continue speaking up to help others and to fight for a much needed change.

Fast forward a few years, I begin to rebel. I begin to challenge and I finally refuse to come home from Margaret Thatcher’s funeral in London until my mum tells my brother and my dad. Few days, few weeks pass and my uncles rock up. They cry, they apologise, I’m asked to forget and then they leave. Few more days pass and it’s suggested I travel to Pakistan to get married. Have these people lost their minds? Marriage does not solve the mental torture a survivor goes through. Marriage is not the answer.

Today in 2018, I am married – two and half years at the time of writing this but I’m a staunch feminist. I refuse to be dictated to, I refuse to be told what I can and can’t do and I refuse to participate in culture. I am this person because my culture made me one. I refuse to be a woman who should agree with everything a man says, I refuse to see Mosques as community providers as they’re just as complicit, I refuse to be told I can’t take part in sport because I am a woman, I refuse to be a ‘housewife’ because it’s what is expected, I refuse to sit in silence in shame because I’m not ashamed. Not anymore. I am who I am because I was abused and because my culture failed to protect me. So if speaking out against culture makes me a besharam, a coconut, a Paki-basher then ladies and gentlemen, carry on calling me those names but I did nothing wrong. And I will fight like hell to challenge patriarchy, to continue speaking up to help others and to fight for a much needed change.

By Tameena Hussain
Tameena is an IT engineer by profession but her passion lies in advocating for gender equality and  human rights all whilst being actively involved in her community, having sat on the TVP Independent Advisory Group and the One Borough Council Panel to campaigning on local issues that affect residents. A Pakistani Muslim who is breaking cultural barriers by playing amateur cricket and going against cultural norms to speak out on a number of issues that affect British Pakistanis. She has encountered her fair share of challenges along the way, and as a survivor of child sexual abuse, her experiences have made her determined to challenge the patriarchy and injustice faced by females, particularly within the Pakistani community. 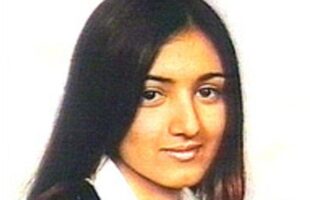 An Open Letter to British Asians From Survivor Sara Karim