Nothing brings together Muslims like shopping and food especially if the food is halal. This was my experience when I recently visited Westfield in Shepherd’s Bush to visit their Eid festival.

There was every kind of Muslim, every race colour background age. From the cradle to the very very old. There were prams and pushchairs and cradles and buggies with the very youngest Muslims, and then there were the elders in wheelchairs with walking sticks and zimmer frames. All have come together with the distinct purpose to celebrate Eid-ul-Fitr. To eat, to drink, to be happy and enjoy a wonderful afternoon in the sun.

I happened to make some observations during my time at the festival. Initially I was quite confused because I didn’t know where the festival was taking place. I could not see any signs or posters or sandwich boards or placards to indicate where this festival was. Instead I walked into a large vacant space on the ground floor which would have been the ideals spot for such a festival. It would also have been the hub and heart of the shopping centre. However, this area only accommodated the catwalk and the Modest Fashion show area.

It was only when I enquired about the other parts of the festival that I was told that I would need to walk 10 minutes to the opposite side of the shopping centre, go down a set of escalators and then outside to an area where the stalls could be found.

When arriving at the piazza my senses were assaulted by smells and sites of wonder and spice. There was an array of stalls from German sausage and chips, to traditional kebabs and curry. Children were also having their faces painted and many many women and young girls were having henna applied in a variety of ways. This stall was inundated. A lady stood at the entrance to the Henna canopy, ordering the queue with a clipboard, and a stern manner that ensured the crowds were obliging and orderly.

The problem I had was the message that was being relayed. What message are we giving by exiling the Eid festival to an outside space that could easily have been the street? Are we saying that Muslims do not belong in the main hub, or are we suggesting that this festival has no place in the heart of the shopping centre? Or are we saying that Muslims are not an integral part of our mainstream culture? Some people didn’t even know where the festival was taking place and so they went home.

“Are we saying that Muslims do not belong in the main hub, or are we suggesting that this festival has no place in the heart of the shopping centre?”

As I looked up at the skyline on that glorious Saturday afternoon, it consisted of a host of developments being constructed. New flats for new people, new homes for new families. I hoped that the Grenfell victims would be housed in these new homes. Could these new developments and homes bring promise? With that hope and promise I felt that the juxtaposition between the vast capitalist symbol of Westfield and Grenfell Tower was a great deal to consider in that moment in time.

The highlight for me was definitely the Modest Fashion show. Mainstream brands had made a bold statement by incorporating modest lines of fashion in their collections. I found my seat at the side of the catwalk and positioned myself eagerly. Mobile phone poised. I had been told the likes of French Connection, Jigsaw, Hobbs, and The White Company, had all decided to embark on the financially rewarding road to Modest Fashion.

I had been tasked to create an Insta-story whilst watching the fashion show. As I watched French Connection and Jigsaw present their collections, it became incredibly apparent that no effort had been made by these brands to do their due diligence to really reach out to their potential clientele. I sat there thinking how I would ‘hijbify’ these outfits. A perfect example of this was a jumpsuit in the French Connection collection, however, it had short sleeves and this would require either a top to be worn underneath or a cardigan/knitwear to be worn over it. This would be fine in the cooler months, however during the summer this is not what a wearer of Modest Fashion needs.

Also FYI for ‘The White Company’, skinny jeans and a short denim shirt does not constitute Modest Fashion. Very little effort was made by ‘The White Company’ to reach out to the Modest wearer. I strongly suggest they do further research and put in more effort before attempting to reap the financial benefits of the Modest Fashion sector. The true Modest Fashion winners, in my opinion, were Hobbs. They were able to present a range that was truly Modest, with long dresses and long sleeved garments, that were elegant, glamorous and appealing. One of which was a powder blue dress with pleated chiffon fabric, which was layered; and another was a white and blue printed floor length dress. I have since sought both of these dresses online.  Well done Hobbs!

Anjum Perrbacos is a mother writer living, teaching and learning, in 21st century London. Of Asian origin (beige- ish), wearing a hijab – not a terrorist! A Londoner through and through and proud to be so. Currently Vice Chair of local Constituency Labour Party. Promoting Political engagement within diverse communities. You can follow her on Twitter @Mammaanji or Facebook

Disclaimer: the opinions expressed in this article are solely those of the original author 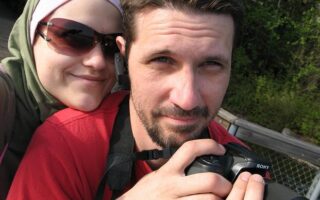