Skip to Content
Home / Anti-Muslim Hatred / Can Brexit save us from Europe’s far-right?

As the Prime minister intends to press his Brexit bill through Commons in three days it finally seems like we’re getting ‘Brexit done’, imminently or in the next seven years, can the 2019 general election that is being called a landslide victory for the Tories, bring us together? Never in my living memory has the UK been so politically polarised since it has been since the 2016 EU referendum result.

I look across to our neighbours in Europe, to ask, is it only us? Turns out we’re not alone, in fact in the UK we’re actually doing better. Much of Western Europe has been blighted with the rise of far-right nationalist parties which have been steadily gaining support over the last five years or so gaining seats in Parliament.

“The uncomfortable truth is, targeting minorities has been the main way for far-right parties to find their way back into positions of power across Europe.”

In October 2019 in Germany, the anti-immigration party AfD (Alternative for Deutschland) won 24% of the vote in a regional election in the East of Germany, beating Angela Merkel’s party Central Democratic Party by 1%. The new populist party only formed in 2014 and their election campaign was swarmed with Nazi slogans and anti-Semitic rhetoric. As well as this an attack on a synagogue in Halle which killed two people was carried out by a 27-year old who cited far-right motives.

In Spain, the third largest party is now Vox, which is described as an anti-immigration and anti-Islam party. It also formed in 2014 and has doubled its seats to 54 out of 350 in the recent Spanish elections.

In Austria the Freedom Party is the only far-right party in Europe that is actually in a position of power, with the leading People’s Party forming a coalition. Recently a deputy mayor from the Freedom Party had to resign over an extremely racist poem he wrote comparing migrants to rats.

In France, Marine Le Pen’s National Rally party (formerly National Front) won more seats than President Emmanuel Macron’s centrist En Marche in the European Elections back in May. As well as this, France’s secular and anti-Muslim policies affect the already marginalised Muslim communities there. Only recently a Muslim mother was verbally abused by a far-right politician and told to remove her headscarf on a school trip to the Regional Assembly. The hijab is banned in schools and government offices, and now a law is being proposed to ban parents from wearing religious symbols on school trips.

The ongoing refugee crisis gained attention across Europe and was used by nationalist and far-right parties as a means to stoke fear and divisions. The resultant increase in xenophobic rhetoric across Europe helped the far-right nationalist parties in their cause. The uncomfortable truth is, targeting minorities has been the main way for far-right parties to find their way back into positions of power across Europe. Using propaganda like that breaking point poster and focussing on immigration, election campaigns have been fought and won. Not to mention Facebook campaigns targeting voters, but that’s a whole different story.

In a study carried out in 2018 by Cambridge university, almost half of Leave voters (47%) believed the government was deliberately “hiding the truth” about how many immigrants live in the country, compared to 14% of Remain voters. Almost a third said yes when asked if they believed “Muslim immigration to this country is part of a bigger plan to make Muslims a majority of this country’s population”. Some Leave campaigners utilised anti-immigrant and anti-Muslim sentiments in the run up to the EU referendum in 2016 to gain popularity, resulting in misconceptions and negative attitudes towards Muslims and immigrants.

Looking across the pond, similar problems can be found in America, where populist president Donald Trump is championed and supported not only by nationalistic Americans and fascists but those that are fed up of the status quo. The USA is a great example of how far-right politicians can become popular in a short space of time, and even take up positions in government.

This fear and hatred of immigrants has consequences beyond far-right nationalist parties and politics. A recent investigation by ITV found that there has been an 145 % increase in recorded racist attacks, physical and verbal on NHS staff. Many doctors of ethnic backgrounds have been sidelined by patients as they’ve requested white doctors. Racism is alive and kicking in the UK in 2019, and instead of getting better it seems to be getting worse.

The small but significant wins by fringe parties across Europe should be a push to mainstream political parties everywhere, to sort themselves out and realise that there are parts of the electorate who are totally disenfranchised. There is a risk, in response to this, that mainstream political parties may lurch to the far ends of the political spectrum, instead however they need to address the real issues causing people to be sympathetic to populist narratives. The drivers of disenfranchisement are multi-faceted, however usually stem from issues of unemployment, rise in crime and poverty leading to inevitable anger and frustration. In the UK, austerity has meant cuts in education, NHS and policing, the three things we need to keep our population functioning in a civilised manner. When funding is cut for these essential services, society suffers.

The blame game is much easier to play when you can blame others. Immigrants, refugees, Eastern Europeans and Muslims are all targets when our own government has let us down. Instead of acknowledging austerity and the politicians who backed and imposed these policies some of the British electorate prefer to pin the blame on Europe, and leaving it has somehow become the solution to the end of all their woes. Never has an election result showed this as much as the election on 12 December 2019 with the Conservatives breaking the red wall, and winning seats in Labour heartlands; towns where poverty sores and unemployment is high.

The Brexit Party made a significant victory in the European Elections in May 2019 by winning a whopping twenty-nine seats, followed by the Liberal Democrats winning sixteen.The Brexit party was only a few months old and beat the Conservative Party by winning over 20% of the votes. The party represents nationalism, anti-immigration and of course anti-Europe sentiment as well as a distaste for ‘the establishment’. Thus the 2019 general election was a Brexit election.

Nigel Farage despite standing as an MP and failing seven times is still a household name, and central to the UK leaving the EU. The Brexit party were annihilated in the recent general election mainly because they stepped aside in many Leave constituencies to let the Conservatives win the Leave vote instead of losing votes to them or to the Labour party. Boris Johnson also played a blinder by repeating the word ‘Brexit’ continuously in his campaign making sure he could get that Brexit party vote. President Trump also got involved by suggesting Boris and Nigel form an alliance. And they unofficially did, creating the most right-wing Tory party that we’ve seen in a while. So much so that the Conservative party’s own MPs including former deputy PM Lord Heseltine defected because of the direction of the party.

Boris Johnson’s party certainly won the racist vote what with figures like Tommy Robinson, ex leader of the English Defence League endorsing him. Just a few weeks ago the leader of the now defunct Britain First, ex-convict Paul Golding announced he has joined the Conservative party. He said in a statement he wants to ‘help solidify Boris Johnson‘s control on the leadership, so we can achieve Brexit and hopefully cut immigration and confront radical Islam.’ It is also reported that a top aide close to the Prime Minister has said that the UK will have a ‘Special Relationship’ with Viktor Orban’s far-right Hungary after Brexit. Despite the fact that the Hungarian Prime Minister is known for his anti-Semitic and anti-Muslim sentiments and rhetoric.

You just have to look at Twitter to see that all outwardly racist and anti-Muslim tweets usually come from someone who supports Brexit or Trump in their bio. The obvious correlation between the two is not fiction. Not all Brexiters are racists of course but many racists are Brexiters and that’s a fact that is hard to deny.

Whether votes for far-right parties came from a disillusioned electorate that are unhappy with the traditional mainstream political parties or whether its coming from a place of fear and hatred of the ‘other’, more than likely a combination of both, the political landscape across Europe has changed.

Despite endorsements from some notorious far-right individuals, the British government has rejected them and therefore is still relatively centre-right compared to some key European countries. Perhaps leaving the EU won’t be so bad for the UK after all. If it means European far-right politicians will have less of a say on laws in the UK then surely that can only be a positive thing.

Maybe this is the only silver lining when it comes to Brexit? 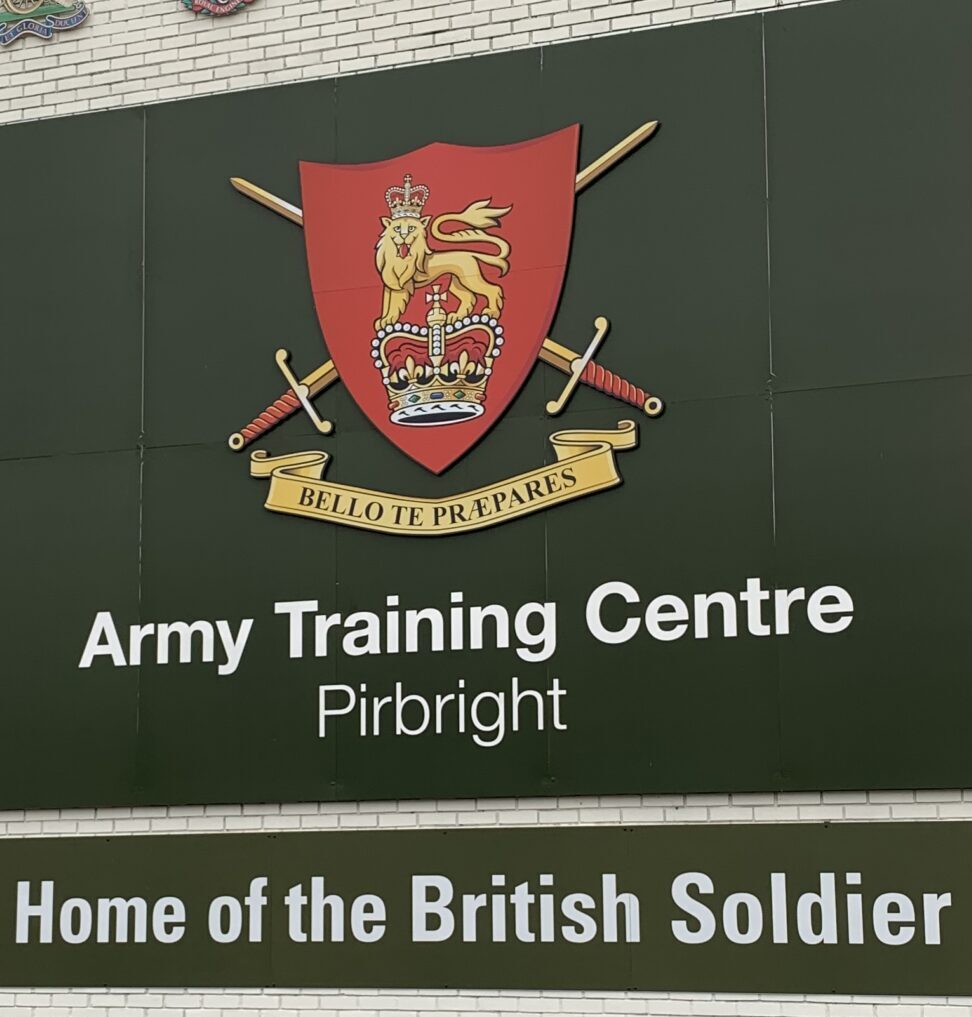 How can the British Army engage with UK Muslims? 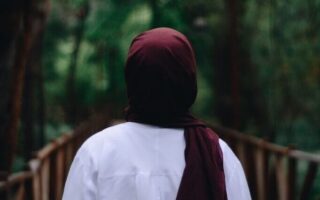 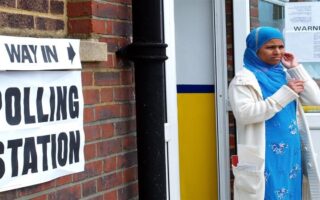